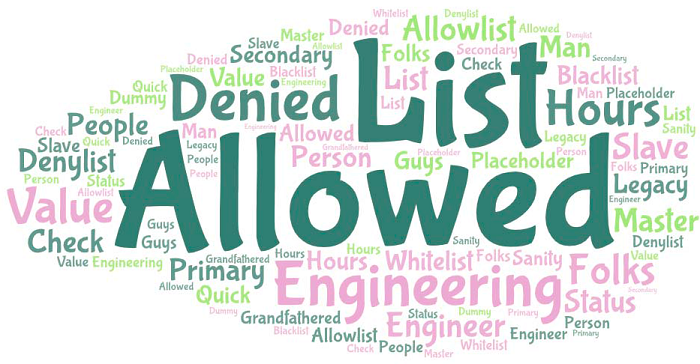 Though late, some sensitive people are working toward making the world more inclusive and more appreciating.

Twitter engineers have presented the best example. Notably Regynald Augustin and Kevin Oliver have worked out on to formulate certain terms to replace the age-old terms that are loaded with the discrimination based on gender, age, birth, disability, or such racially fraught boundaries.

The best thing is that such efforts are also being taken up with other organizations including Microsoft, LinkedIn, Apple, Google, Python, Drupal, Quick Heal, and others. Many of these organizations plan to complete this effort in a year.

Some of the common words widely used in technical information have been replaced with inclusive terms.