In 2019, the WebHelp output generated in Adobe RoboHelp showed a snag. The bookmarks in TOC once expanded could not collapse. 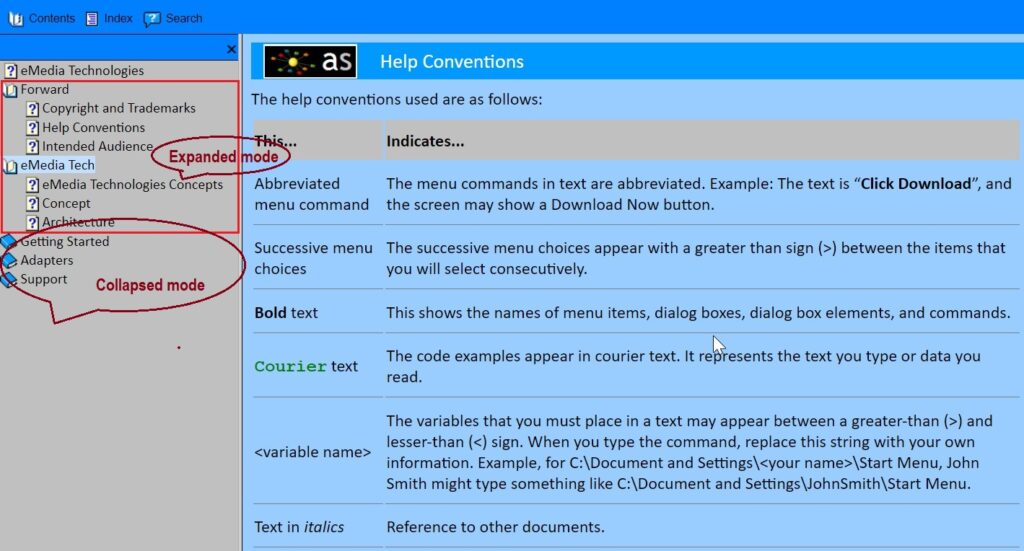 Screenshot 1: Table of Contents (TOC) of WebHelp on Google Chrome

The TOC generally expands and collapses easily as required. This is helpful in managing your navigation experience. If all the sections remain expanded all the time, it would be irritating in finding out the section you are looking for.

Issue: This issue was reported as a bug for all the WebHelp outputs of the products where my team members were working.

My team members tried various ways to fix the issue but it could not be resolved. They were not sure why the issue was created and how to fix it.

Finally, it came to me for verification.

Experiment: I tested the TOC on several browsers including Microsoft Edge, Mozilla Firefox, Google Chrome, Opera, and Brave to know the exact reason.

After the testing, I was sure that the issue was with the Chrome browser and not with the WebHelp that we developed.

Solution: I checked on the website and forum of Adobe and found that many other technical writers had reported the same issue. I showed this to all the test engineers and they accepted.

However, we found out the solution after several trials.

Typically, Adobe released the solution in 2017.

Screenshot 3: Solution to fix the TOC on Google Chrome

Result: Understating the real reason is difficult as it requires a deep understanding why an issue is prevailing. If you know the reason, you can solve the issue easily.